WHAT ROLE DOES THE VMO (VASTUS MEDIALIS OBLIQUE) PLAY IN ANTERIOR KNEE PAIN? 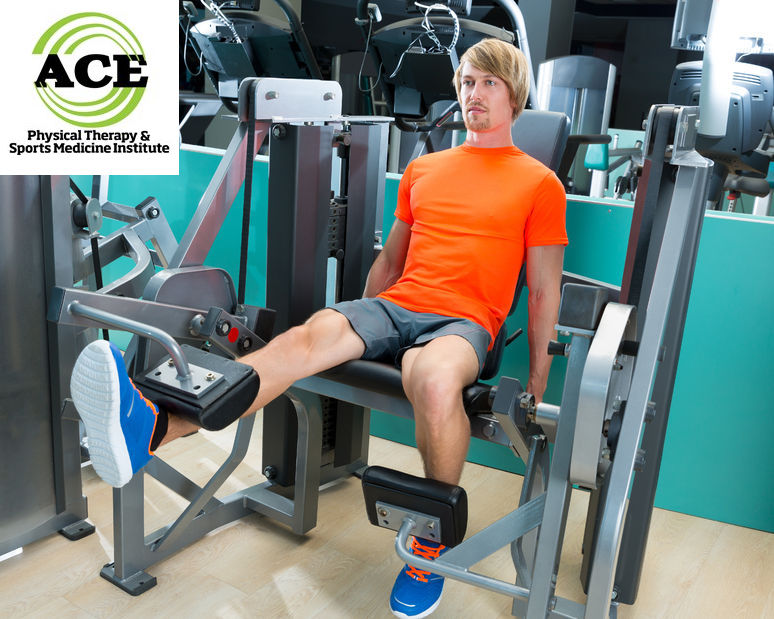 Young athletes and the overweight sometimes suffer from discomfort in the front of the knee. There can be a many sources for anterior knee pain but the most common cause is a patella that does not remain in the groove of the thigh bone when it coursed up and down during knee motion. Over the past quarter century, healthcare providers have debated the importance of the VMO (one of the quadriceps muscles) in preventing anterior knee pain. Studies now indicate that effective treatment addresses the whole system including the VMO, the core, and the entire leg.

The Vastus Medialis Oblique of VMO is one of the quadriceps muscles and it is located above (proximal) and medially to the patella or kneecap. The knee joint consists of 3 bones, tibia, femur and patella.   These bones move in unison during the knee motions of flexion and extension.  At the distal end of the femur, there is a groove (trochlear) that houses the patella during motions of the knee.  The ideal position of the patella is somewhat centered in the groove which reduces the amount of compressive and sheer forces on the patella and groove.

The patella moves up and down in the groove during knee flexion and extension and the vasti muscles (quadriceps) in thigh are thought to help control the patella motion.  The VMO was thought to be the primary controlling dynamic force from the medial side of the patella, but some studies indicate that there are numerous variables that can affect the tracking of the patella.

The VMO is most active in the last 20 degrees of knee extension.  When this muscle does not function properly, the patella can track laterally and “rub” against the lateral side of the trochlear groove. If this occurs repeatedly the groove or the patella begins to experience damage to the articular cartilage. The lining within the joint, synovial lining, becomes inflamed and the knee begins to hurt.

Recent studies indicate that the VMO and vasti muscles play a role in controlling the patella and the way it moves within the groove.  The method used during these studies involved using a nerve block to eliminate the motor function of the VMO therefore disabling its ability to “pull” the patella medially when it tracks within the groove.  In the study the non-symptomatic test subjects experienced more lateral tracking of their patella at 15 degrees of knee flexion than symptomatic test subjects experienced at the same flexion angle.  The lateral tracking of both groups is indicative of a non-functioning VMO.

Many healthcare professionals are hesitant to have their patients/clients perform a leg extension exercise due to the increased patella femoral compression force that occurs as the knee moves from flexion to extension.  The patella is used as a pulley for the vasti muscles and the patella moves deeper into the groove when the knee is flexed to 90 degrees or more.  In most knee extension exercises, the patient/client sits with their knee flexed to 90 degrees and then extends it against resistance that is applies at the ankle level.  The increased compressive force of the patella can become detrimental over a period of time.

The results of the recent studies indicate that isolated exercises for the vasti muscle and particularly the VMO are needed for a healthy patella femoral joint. Several exercises can be performed safely that isolate on the VMO and will enhance its capability to control the patella from the medial side (i.e.  knee extension exercises, squats and lunges that limit knee flexion to 30 degrees isolates on the VMO and can strengthen it. If you develop anterior knee pain, you should seek advice and treatment from a Physical Therapist.  These licensed healthcare professionals can be visited without a doctor’s prescription, but your insurance might require that you secure a referral from your primary care physician.  They will evaluate you and prescribe specific exercises that will address the imbalances that exist throughout your lower extremities.  Strength development of the vasti muscles is only one part of the treatment protocol that will be implemented to address the symptoms of anterior knee pain.

During the past 25 years the treatment protocols for anterior knee pain have changed quite a bit.  The focus has transitioned to include the entire body and not just the muscle structure around the involved knee joint.  The VMO and vasti muscles have a role in controlling the patella but the core and entire leg has to be included to fully rehabilitate a knee that has anterior knee pain as a primary symptom.