SHOULD I WEAR ANKLE BRACES? 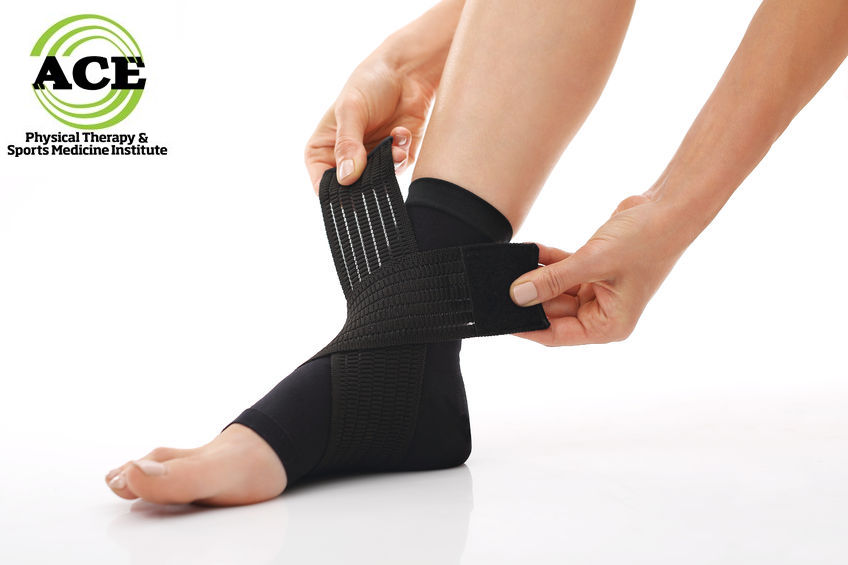 The ankle is particularly vulnerable and often sprained. As a result, many athletes wear ankles braces in order to prevent injuries, but this could cause knee injuries. Some studies indicate that bracing the ankles might put more stress on the joints proximal (up the leg) to the ankle joints. Unfortunately, there is no definite way to predict who is at risk of hurting their knee when they participate in sporting events that involve running, cutting, jumping and changing directions at top speed. If an ankle joint it worn, it is important to strengthen upper leg muscles and learn proper techniques to help avoid injuries.

The entire leg is involved when someone is weight bearing and moving through space.  Movements at the hip can affect the knee and motions at the knee can affect the ankle.  The reverse is also true, and adding additional, man-made stability to a joint might pre-dispose the other joints to an injury. The results of recent studies indicate that ankle braces might place additional stress on the knee joints due to increased speed in tissue loading and additional hip motion.

Tissue loading is the rate that the soft tissues of the joint have to absorb the forces of movement during activity.  The faster the tissue has to respond to handle the forces of a movement there is an increased chance of an injury because the tissues have less time to adapt to the load.  When there is man-made support added to the ankle joint in the form of a brace, the soft tissues in the knee are put under a great deal more stress during high energy activity.

The hip joint has been shown to move into an adducted position more often when an ankle brace is worn during high intensity activity, especially landing after jumping in the air.  The movement into adduction can lead to an increased valgus moment in the knee on the same side.  This has been shown to enhance the possibility of tearing the Anterior Cruciate Ligament (ACL).  Athletes who wear an ankle brace must be cognizant of this possibility and attempt to prevent the movement from occurring.  The ability to control the hip motion starts with proper strength training of the external rotator muscles of the hip and the primary extensor, the gluteus maximus. Practicing landing and maintaining the knee in the proper sagittal plane (keeping the kneecap aligned with the hip and toes) upon hitting the ground and bending the knee sufficiently to enable the hip and thigh musculature to contract forcefully and control the two joints will protect the knee joint in most instances. In certain studies the amount of valgus movement in the knee joint decreased when an ankle brace was worn and the test subject performed a “drop” landing jump. When the test subject performs this type of landing they literally step off of an elevated platform and “drop” vertically to the ground.  Unfortunately, most athletic activity becomes angular and not completely vertical.  When non-vertical jumping was tested, the hip adducted, the knee moved into a valgus direction and it appears that the muscles that control the hip and knee were not strong enough or trained well enough to control the motion at the knee.

Many athletes don’t have a choice when it comes to wearing ankle braces because their team’s healthcare staff requires it.  Many more studies have to be performed to come to a decisive conclusion regarding the efficacy of the use of a prophylactic ankle brace because they might cause injuries to the joints further up the leg.