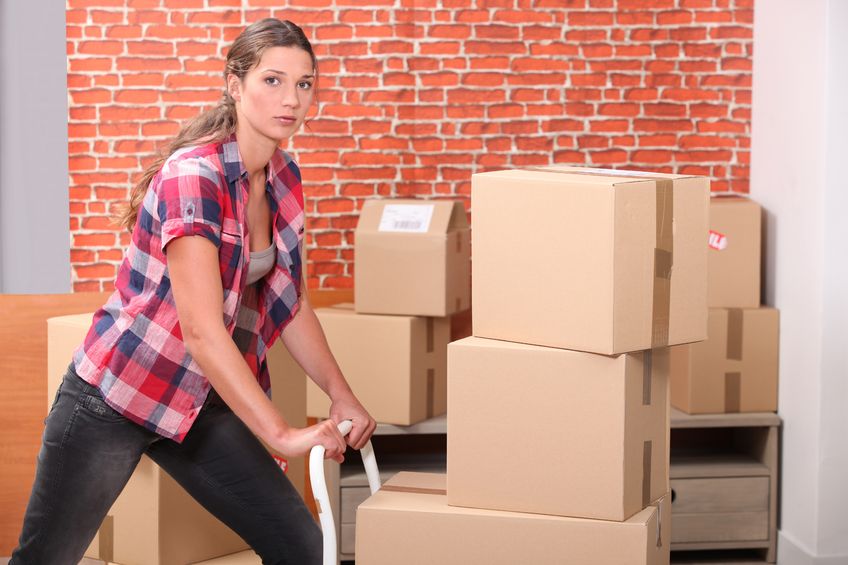 When you are moving heavy objects, is it better to push it or pull it? This depends on a variety of factors like the placement of the object and the amount of maneuvering required. Both pushing and pulling require force. The amount of the force required is determined by the weight of the object and where the object needs to be moved. This blog will touch on several factors to consider when you have to move a heavy object.

Moving an object requires the same amount force. According to Newton’s second law of motion, the net force applied to an object is always equal to the size of the object (mass) times the speed of movement (acceleration). This is formally stated as F = ma (net force = mass x acceleration). In this context, this means that when you are trying to move an object, you’ll have to exert the same force whether you push or pull

Though you have to exert the same force, the impact of exerting that force may impact the joints of your body in different ways. It is generally accepted that pulling objects has a higher probability of resulting in an injury to various body parts. The force required to push or pull materials may overload the musculoskeletal system and could injure various body parts. The neck (Cervical spine), shoulders, elbows, hands, low back (Lumbar spine), knees and feet are the most commonly injured body parts.

Often times, the object will roll or slide onto or over the foot and cause a crush type injury.
Both pushing and pulling potentially require great force. The greatest force is usually the initial force required to get the object moving. Moved up a grade or maneuvering an object in transit may also require excessive force and cause an injury to many different body parts. Ultimately, you will have to decide which the better way is for you based on the object that you are trying to move. If possible, you might consider using coasters. Moving an object that is on coasters can enable a smaller person to move a very heavy object providing they can get it going in the first place.

It’s also a good idea to assess the load on the basis of how a petite person might handle the move. If this person can move the “load”, we can reason that a larger, stronger person would have no problems making the “load” move.

At various times in the course of our home and work, many of us need to push and/or pull objects of various sizes. By properly understanding the potential impact on our body parts, we can learn how to best prepare and respond when the need arises.