Yoga attracts a growing community of people who report benefits such as flexibility, strength and reduced stress and anxiety in their hectic lifestyles. At the same time, some people have suffered yoga injuries to various body parts. These injuries are usually caused by trying to do too much too soon. Bypassing beginner positions and attempting advanced classes or performing certain poses in excess leads to stress and strain and eventual yoga injuries.

Almost every body part can be exposed to abnormal stresses and strains during a routine that may cause an injury.  The increased flexibility that occurs with regular participation in a yoga routine can eventually turn out to be detrimental if the joints become hyper-mobile.  Excessive flexion, extension, side bending and rotation can lead to excessive forces on the soft tissues or joints and cause injuries to that body part. 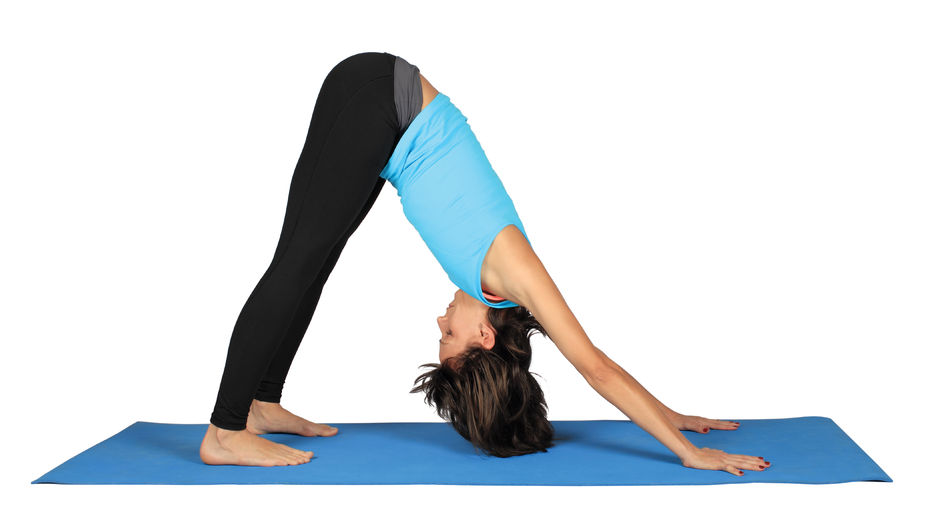 Physical Therapists are now treating a range of injuries that originated in yoga participation. It must be reiterated that too much too soon of even great activities can lead to an injury in many different body parts.

The neck is susceptible to injuries in many ways during a yoga routine.  Obviously, a handstand pose that results in toppling over could cause serious damage to their neck.  More commonly and not as obvious, pain can arise due to excessive bending of the cervical spine into hyper-flexion or extension.  In flexion the soft tissues of the posterior aspect of the c-spine are stretched too far and in extension the small joints (facet joints) are compressed and too much shear and compressive force can be applied to them.  This can lead to damage to the joints or the soft tissue that holds them together.

Many yoga poses place stress on the upper extremity. The body weight is often support by the upper extremities such as handstand pose and downward dog pose.  If participants not developed the strength required to support the excessive weight, they may not perform the pose(s) with proper form. This can lead to injury. Also, flexibility is a great trait to possess but too much can lead to hyper-flexible joints.  This can produce laxity and cause pain when trying to support a portion of the body weight on the upper extremities.

The lumbar spine is designed to function in a “C” shaped curve.  This curvature places the joints of the spine in the optimal position to handle the compressive and shear forces that occur during every-day life.  When the curvature is not maintained, there is a greater chance of suffering an injury to that area.  During the many poses of yoga, the “C” shaped lumbar spine is compromised and either rounded out in the opposite direction or hyper-extended to exaggerate the “C” curve.  In either case, the soft tissue of the lumbar spine, joints and discs can be injured due to excessive forces that are produced and applied to the spine when it is not in the optimal position.

The hips, knees and ankles can be injured when someone is “pushing” too hard to get into a particular pose.  Certain poses require bending and twisting of the hips and knees in a position that is not common or easily attained by the beginner.  For example, in the Lotus pose the hips are forced into extreme external rotation with the knees flexed and rotated and finally the ankles inverted.  The amount of rotation, flexion and inversion within these joints can be excessive for some yoga participants.  If they feel compelled to “keep up with the class,” they might push   to extremes and cause injuries to any of the lower extremity joints.  Excessive rotation can lead to labral tears at the hip and meniscus tears at the knees. Repetitive and extreme flexion at the knee can cause anterior knee pain and problems in the patella femoral joint.  Too much inversion in the ankle can lead to laxity in the lateral ligaments and instability in the ankle joint.

Treatment for injuries suffered in a yoga class is similar to any soft tissue injury.  The physical therapist is well equipped to handle the soft tissue or joint injuries that usually occur from participating yoga.  The best way to treat these injuries are to prevent them in the first place.  Gradually progressing from basics to advanced poses and performing them under the guidance of a knowledgeable instructor to learn the proper form is critical.  Performing at an intensity that is consistent with your level of expertise is a must.

If an injury does occur, do not hesitate to seek treatment and advice from a Physical Therapist. You can visit a Physical Therapist without seeing your doctor first.  The therapist can diagnose your injury and then treat it, applying specific treatments that can help to reduce the inflammation and pain. These applied techniques are designed to help you restore normal motion and strength in the injured body part.

Yoga can be a great activity to participate in and has many documented benefits that produce positive effects on the human body.   Like almost any exercise activities, if it is done incorrectly or too aggressively an injury can occur.