The age of the flamethrowers is here. Superfast baseball pitchers dominate the game. The fastest baseball pitchers push the speed of the shoulder joint to the maximum. Along the way, they win games, earn towering salaries, and sometimes suffer pitching injuries. The drive to fire hard fastballs across the plate is so strong that parents are pushing their little leaguers to throw faster and faster. As pitchers wind up, prepare to throw and release the ball, many are placing themselves in danger of suffering pitching injuries.

More and more baseball pitchers have suffered serious elbow injuries over the last 10-15 years. Many pitchers have required surgery and/or complete rest for healing. Some people are suggesting that the pitching motion referred to as the “upside down W or L” might be the cause of these pitching injuries.

The ability for a pitcher to throw a baseball with great velocity and accurately is dependent upon their ability to complete the 5 stages of the pitching motion with precision. 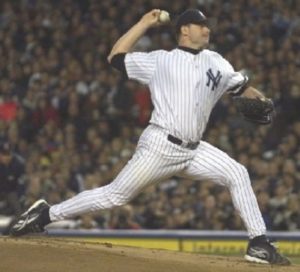 Note the position of the pitcher’s arm in the in the Early and Late cocking phase (diagram above). The ball is being held high above the throwing arm shoulder and is almost in a vertical position. The elbow is horizontal to the ground and the shoulder is at approximately 90 degrees of external rotation.

The “inverted W” is almost the exact opposite (see below). The ball is positioned below the throwing arm shoulder and the elbow is positioned above shoulder level and not horizontal to the ground. 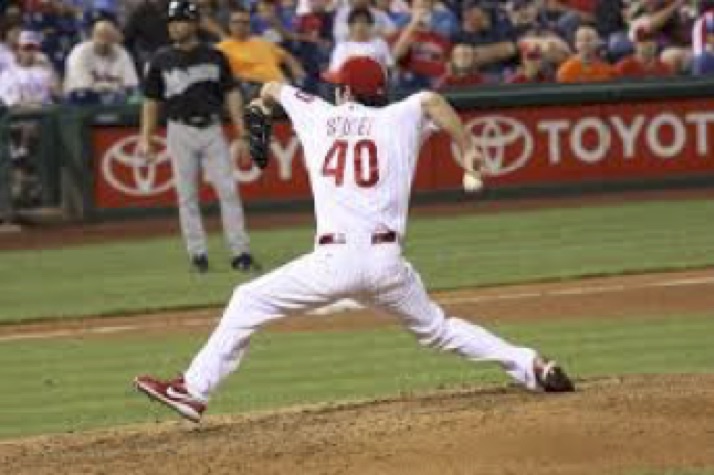 Injuries to the shoulder and elbow can occur if the timing of the pitching sequence is wrong. The “inverted W” might change the sequence of the pitching motion and produce excessive stress and torque on the pitcher’s elbow as they transition from the Late cocking phase through the Acceleration phase. As they move through the acceleration phase, it would be best to have little to no trunk rotation. If the trunk rotates prior to the lead foot hitting the ground, there is an increased amount of torque on the elbow.

When transitioning, their pitching arm moves from an extreme internally rotated shoulder in the Late cocking phase to an extremely externally rotated position throughout the Acceleration phase. This “whipping” action is believed to be one reasons why the pitchers of today are throwing with great velocity.   Unfortunately, the added stress and torque has led to an epidemic of severe elbow injuries.

The therapist can prescribe a workout routine that will help to prevent the injuries from occurring. The focus on the strength development of the core and lower extremities often times enables a pitcher to throw the ball with more velocity and not experience an injury.

The act of pitching a baseball is intrinsically “hard” on the shoulder and elbow. It appears that the advent of the “inverted W” motion might be a contributing factor to the increase in severe arm injuries. The amount of stress and strain can be minimized by the motion that is used by the pitcher to move through five steps of the throwing motion.