THE SQUAT: ONE OF THE BEST EXERCISES FOR ANYONE 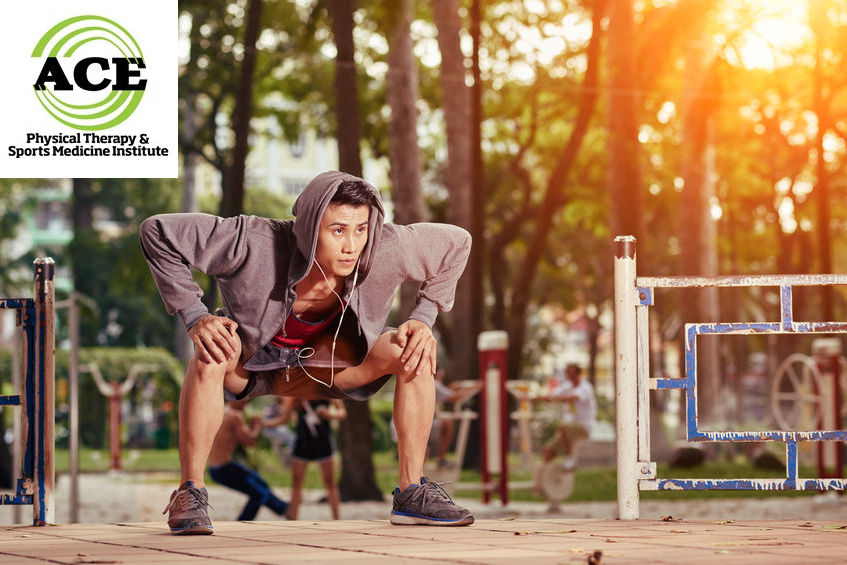 The squat is a vital part of an overall fitness program. It strengthens the core, your lower body, and can even help strengthen muscles throughout the body. Unfortunately, some people blame this exercise on causing injuries. If the squat is performed correctly, there is very little chance of getting hurt. By learning the proper method, you can utilize one of the most useful and beneficial exercises for your workout routine.

Squatting down to retrieve an object from the floor is one of the most common functional activities that most people perform nearly every day.  The act of squatting down uses almost every muscle in the body: from the chest to the toes.  The benefit of performing this exercise far outweighs the negatives that can occur during the squatting motion.

When performing the squat exercise, several things must be considered to get the most benefit.  Considering that every joint and muscle in the core and lower extremities is used when performing the exercise, the routine can be modified to “target” a specific body part.

When the squat is performed correctly, the lumbar spine “curve” is maintained throughout the motion.  This enables someone to squat down and lift a weight without injuring their low back.  If the “curve” is lost and the spine moves into a straight line or reverses to the opposite direction there is a tremendous amount of compressive and shear force placed on the spine.  This can cause minor to severe injuries to the spine and/or soft tissues that surround it.

When performing a squat, you can “target” the hip or knee musculature by shifting your center of gravity. If there is a need to enhance posterior muscle strength such as the back extensors, buttocks and hamstrings, the squat can be performed with the torso more horizontal and the hips move posteriorly.  In this squat, the knees do not move towards the toes. In contrast, if the quadriceps are the primary target of the squat, the knees should move towards the toes and in some cases, move past them.  The shin moves horizontally and the torso remains more erect.  Both of these squat positions are very effective but are more likely to cause injuries to low back or knee joint (patella femoral joint) compared to a “neutral” squat. In most instances, the neutral position is desired because it will “share” the load equally between the hip and knee musculature.  This squat position is a combination of the two previously mentioned.  The torso moves horizontally, the hips move posteriorly and the shins move towards the toes.  None of these movements is as severe as the in the posterior or anterior squat positions.

The proper squat position and technique can be hard to achieve if the trunk and lower extremities have some type of pathology.  When the squat is performed, it would be ideal to have the thighs become parallel to the floor, but many pathological conditions can cause someone to stop before this position is achieved.

The lumbar spine might not move well and “flatten out” when the desired squat depth is accomplished leading to increased intra vertebral disc pressure.  This can lead to disc bulges and/or herniations.  The hip joint can be anatomically at a disadvantage to allow the buttock to move posteriorly enough to enable someone to squat down to the desired height.  As the buttocks move posteriorly the hip joint is moving into a flexed position.  Some people have an abnormally shaped hip joint that leads to an impingement or “pinching” of the joint. This can lead to damage to the internal structures of the hip and cause a great deal of pain.  If the bones of the hip joint impinge with too much force, it can cause abnormal movement in joints above or below the involved hip joint.

Squat depth to the desired level places a great deal of compressive force on the front of the knee joint.  The patella, kneecap, moves into a groove and “tracks” within that groove as the knee joint moves from extension to flexion.  If there is pathology of the patella femoral joint, the squat motion to 90 degrees of knee flexion (the desired position) might cause too much pressure in the patella femoral joint and cause a great deal of pain.  Lastly, the ankle must be able to dorsiflex (top of the foot moves towards the shin bone) significantly when the desired squat position is achieved and if there is pathology in the ankle joint this dorsiflexion might not occur.

The squat is a great exercise and everyone should be able to perform some form of a squat. There is no one that cannot squat to a certain extent.  The status of your body from the lumbar spine to the toes will determine the extent of your ability to perform the squat exercise as part of a strength training routine.  Many modifications can be made to make the exercise safe, effective and very functional.

Seek help on your squat form from a Physical Therapist or personal trainer.  Many healthcare professionals can help you develop good form and technique which is critical in the prevention of injuries.