SIDE STEPPING TO TREAT LOW BACK AND LOWER EXTREMITY INJURIES 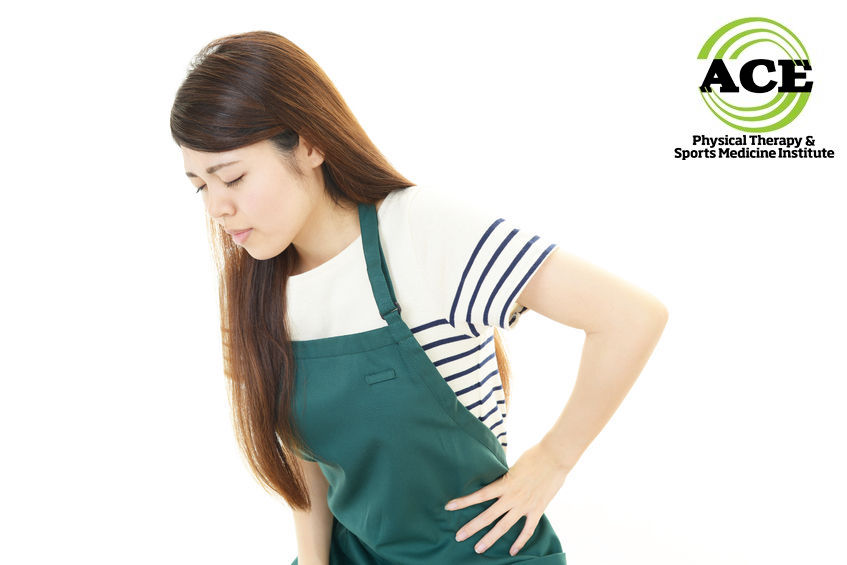 The act of walking sideways occurs nearly every day.   It uses a different set of muscles from the primary muscles used in walking straight ahead.  Side stepping exercises can strengthen these underused muscles while also improving balance, improving flexibility and increasing spatial awareness. Physical Therapists use specific side stepping treatment to address injuries in the low back and lower extremities.

If you have ever been in Physical Therapy to treat a lower extremity injury, your therapist probably put a rubber band around your legs and had you walk sideways.  You were told to face the same way and not hurry through it.   You might have wondered, “Why am I doing this?” The placement of the band in relation to the side stepping exercise has proved beneficial in treatment.

When people walks sideways, they use a set of muscles that are not the primary muscles involved in “normal” straight ahead walking.  The hips move in every direction due to the “ball-n-socket” anatomy of the joint.  The movement and stability of the joint is provided by the numerous muscles that surround and cross the joint. Many of these muscles are used and exercised on a regular basis, but the muscles that provide the power to move someone sideways are often times neglected during a workout.  Consequently, these muscles can be very weak, deconditioned and lead to a host orthopaedic conditions that need to be treated in formal Physical Therapy sessions.

The primary muscles used during the side step exercise or activity are the hip abductors and external rotators.  The primary abductor is the Gluteus medius, and it is responsible to keep the pelvis level during gait.  The external rotators and the posterior portion of the Gluteus medius can help to control the motion of the leg bone or Femur.   During gait when the heel strikes the ground, the leg prepares to absorb the shock and transition the body weight from one foot to the other.   The foot moves from heel strike to mid stance.  The foot moves from a supinated position which is a rigid lever to a pronated position or nearly flaccid foot which enables the foot/ leg to absorb the shock of locomotion.  When the foot makes contact with the ground, the entire leg can be affected by the amount of internal rotation of the Femur.  If the femur internally rotates excessively upon heel strike there are a host of conditions that can occur in the lower extremity.  Conditions such as low back pain, greater trochanteric bursitis, patella femoral syndrome, IT band syndrome, Achilles tendinitis, posterior tibialis tendinitis and plantar fasciitis are often treated in Physical Therapy and the cause can be associated with weak hip muscles. The neglected muscles that are used to move sideways are the same muscles that can lead to all of these conditions if they are allowed to become extremely weak.

During an assessment for low back or lower extremity pain, the Physical Therapist examines and seeks to determine the strength and quality of muscle control when patients are weight bearing.  Many times inability to control leg motion (primarily internal rotation of the femur) when patients are attempting to forcefully contract the leg muscles causes too much motion in the entire leg.  The use of the external rotators and abductor muscles to control the amount of internal rotation of the femur and consequently the entire leg is paramount in the patient’s ability to keep the leg in an alignment that is conducive to remaining pain-free.

Physical Therapists seek maximize time with patient by introducing the most effective exercises for a specific need.  The side step exercise is one of the most efficient and productive exercises that patients perform during the treatment sessions. 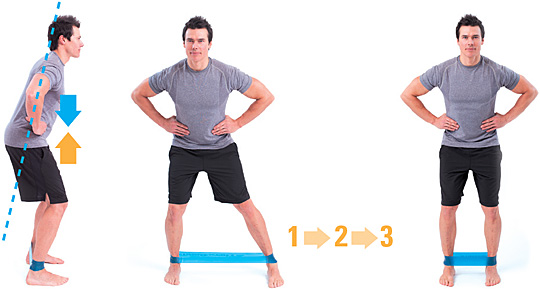 It has been discovered that placing the band around the feet (near the toes) is the most efficient and productive placement.  The use of the band around the knees or ankles has a place in PT, but the best is around the feet.  When the band is around the toes, the abductor muscles have to work to move the leg out to the side and the external rotator muscles are engaged more forcefully.  Both legs work extremely hard when this exercise routine is performed correctly. The patient should always face the same direction during a given session and they will be surprised at how fatigued each leg gets during the routine.  The leg that remains “planted” while the other leg moves out to the side actually needs to produce more muscular contraction force during the exercise routine.

The side step exercise routine can be an extremely useful tool when treating patients.  It is one of the most productive and efficient exercises that can/should be used to treat most low back and lower extremity conditions.  Seek treatment from a Physical Therapist if you have low back or lower extremity pain.  You can go directly to the Physical Therapist and bypass a visit to your doctor.