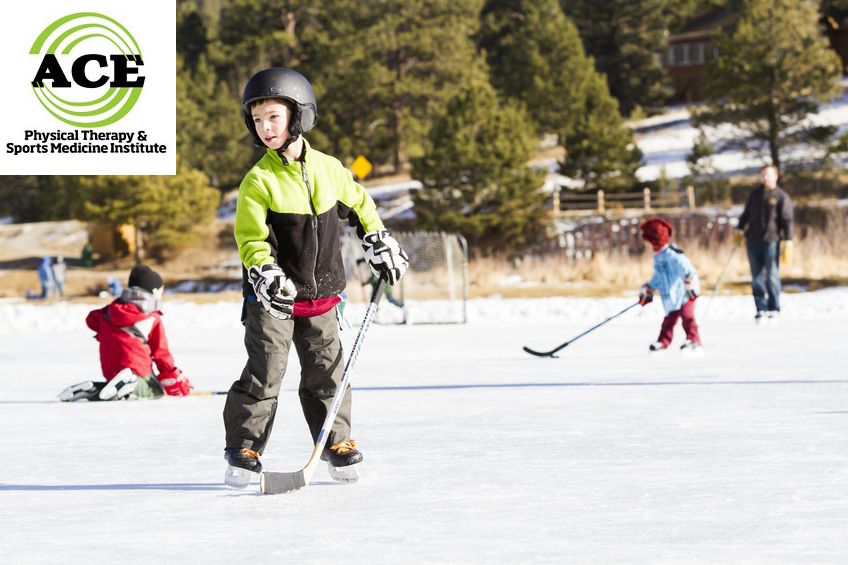 Hip pain and hip problems are reaching epidemic proportions among hockey players. Young hockey players are particularly vulnerable to over-use injuries that result in Femoroacetabular Impingement (FAI). Hockey is a universally popular, and players often play all year round and specialize in playing only hockey. The movements that are required to skate or perform particular “hockey” activities have some healthcare professionals posing the questions that might lead to some regulations on the amount of playing time of among young players.

Femoroacetabular Impingement (FAI) is a condition that can be present in anyone’s hip. The hip joint is a “ball-n-socket” joint where the end of the leg bone or Femur has a round head or “ball” that fits snuggly into the pelvis’ acetabulum or “socket”. The FAI condition has many causes, genetics, injury and excessive repeated motions are the most common. FAI can be caused by changes in the shape of the head and neck (CAM deformity), the socket (Pincer deformity) or a combination of both.

Femoroacetabular Impingement (FAI) is a common finding in the hockey playing population. Recent studies have found an alarming rate of hip anatomy changes that might increase the incidence of FAI in the 16-18 years old age group when compared to athletes of similar age that did not participate in hockey. Most of these players had participated in the sport for 10 plus years and often times started to skate almost as soon as they could walk. The findings indicated that greater than 75% of the tested subjects were pre-disposed to developing the symptoms of FAI. The results indicated that the action of skating and other related hockey movements might actually change the bony anatomy of the hips of these youth players.

The most common symptoms of FAI are pain in the groin, buttock, lateral hip or low back. The person suffering from FAI will notice a significant restriction to certain hip motions and there might be a “clicking” sensation. The symptom of pain can be present when the person is sitting for a prolonged period of time or active. There are often times no clear cut symptoms that indicate that FAI is present. Imaging studies (X-rays and MRI) produce the most distinct diagnosis.

After being diagnosed with FAI patients can often control symptoms by following a sound Physical Therapy rehabilitation program. The athlete is assessed and the treatment plan will include stretching and strengthening exercises. Many times the athlete has developed muscular imbalances along with bony changes in the hip joint region. The Physical Therapist cannot change the bony anatomy, but the soft tissues surrounding the joint can be treated with manual techniques, modalities and exercises. The primary goal of Physical Therapy is to reduce the symptoms adequately to enable the athlete to participate in their sport without pain or a manageable amount of pain. 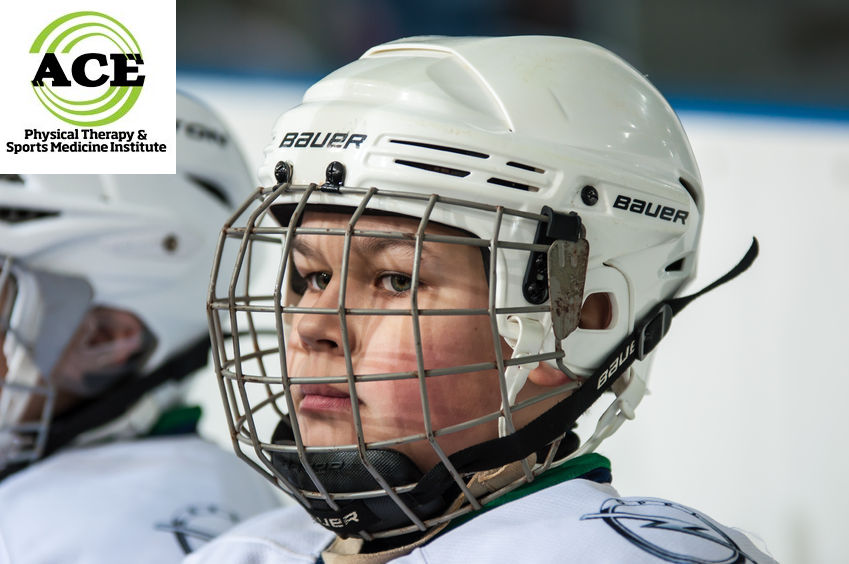 The incidence of FAI in youth hockey players needs to be studied further. The high number of FAI diagnoses does not appear to be a coincidence of the athletes that skate and perform hockey type movements but lead healthcare professionals to question whether these actions might change the bony anatomy as the youth hockey player ages. If it is discovered that these movements and actions do change the anatomy of the youth hockey player’s hip, it will be imperative to make some changes in the amount of time that they are allowed to participate in the sport as they grow older. Managing their “playing time” might be the first and easiest step to take to help these young athletes keep their hip joints healthy.