Lyme disease impacts over 300,000 people a year in the United States and is one of the fastest-growing infectious diseases in the United States. Transmitted to humans through the bit of a deer tick, this bacterial infection can cause a range of symptoms and problems for some people. The disease has been given the nickname as the “Great Imitator” because its symptoms can mimic so many other diseases. With proper diagnosis, physicians can use antibiotics to treat the disease.

Lyme disease was first reported in the United States in Lyme, Connecticut in 1975. The same year many doctors were making an unusually high number of Juvenile Arthritis (JA) diagnoses until they discovered that most of the children were suffering from Lyme disease and not JA. This disease has been found to exist almost everywhere in the world and can have a drastic negative impact on any body part or system.

Transmitted:  Lyme disease is transmitted through the bite of a deer tick. These ticks spend some portion of their lives attached to deers, feeding on them. If they bite a human, the bite passes the bacteria or spirochete (“Spy-Roh-Keet”) to humans.  The scientific name of the bacteria is Borrelia burgdorferi. Dog ticks and wood ticks do not carry the bacteria.

A deer tick carrying the bacteria can transmit it to a human after being attached for a minimum of 36-48 hours.  The deer tick is tiny. It’s approximately the size of a poppy seed and not much bigger than the mark left behind by a dull pencil point.  The tick bite is usually painless and many and most people do not realize that they have been bitten. 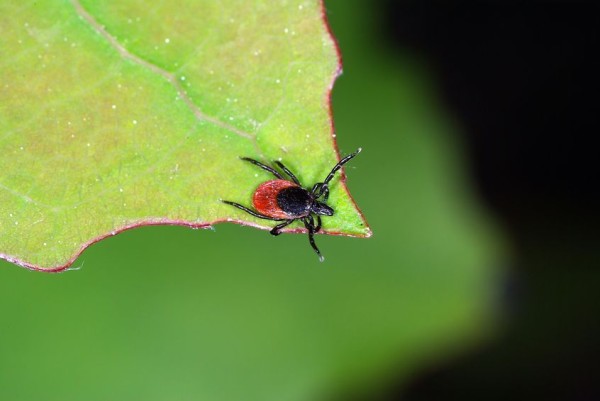 Signs and Symptoms:  The acute symptoms of Lyme disease are similar to the flu in most people.  There are some types of “rashes” that can be found at times after the bite occurs.   The classic “bull’s eye” rash is a definitive marker and is considered a clear diagnosis that the person has the disease.  Many doctors will not test further and begin anti-biotic treatment immediately. There is a more common rash that can start to appear in a couple days and even weeks in some cases. This rash can look like cellulitis, ring worm or a spider bite.  It can be located in several areas of the body at the same time and can disappear and recur several days to weeks later.  Along with a rash, flu like symptoms can be present.   The person with an acute bout of Lyme disease will most likely experience a fever, chills, fatigue, body aches and a head ache.

Chronic Lyme disease can be devastating.   It can have an effect on the musculoskeletal system with a presentation that resembles an arthritic change to the joint.  It can become swollen and extremely painful. Many times different joints are effected as time progresses.  The nervous system can be effected and a person might develop facial nerve paralysis (Bell’s palsy) or numbness in the limbs.  Cognitive functions such as memory, thought processing and organization can be hindered. The cardiovascular system, specifically the heart can be effected and the infected person can develop a slow and/or irregular heartbeat, shortness of breath and dizziness.

Diagnosis:  Because Lyme disease can resemble symptoms of many other disorders, a definitive diagnosis can be difficult. While the “bull’s eye” rash is the hallmark symbol, not all of the people infected with Lyme disease develop this rash.  Most people don’t recall getting bit by the tick, so learning their history usually doesn’t help.  Most doctors will order blood tests that are designed to assess the presence of an antibody that will be produced by the person’s immune system.  Unfortunately, the antibody will not be present in the blood for several weeks.  The person infected with Lyme disease will most likely suffer with acute symptoms for several weeks before they have a definitive, positive diagnosis.

Treatment:  If you suspect that you might be suffering from Lyme disease, seek medical help immediately.  The administration of antibiotics lessens the severity the symptoms.  In most cases doxycycline or amoxicillin are given orally for 2 to 4 weeks.  These drugs work well to decrease the symptom severity and prevent the progression of the disease.  In severe cases Intravenous drugs might have to be used to resolve the symptoms.

Lyme disease can be very devastating and long lasting if it goes undiagnosed and untreated.  If you suspect that you’ve been bitten by a tick, you can treat the disease aggressively with antibiotics and in most cases have no long lasting symptoms.