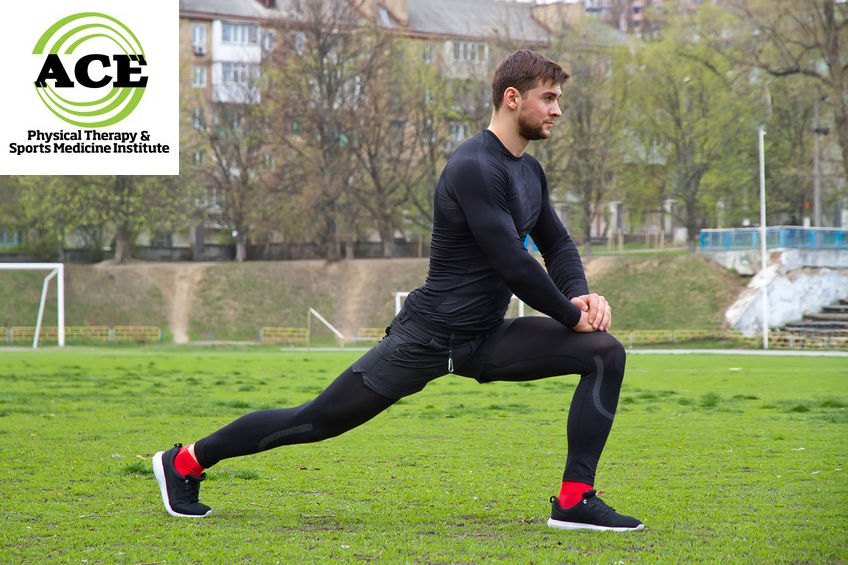 For people suffering from Anterior Knee Pain, simply standing up or going down the steps can be painful. This common disorder in the lower extremity is treated every day. After studying treatment options for over 20 years, Physical Therapists and healthcare professionals now recommend treatments that go beyond simply focusing on the knee joint to include the core and entire lower extremity. Patients being treated for anterior knee pain follow a regimen of exercises that include many body parts other than the involved knee joint.

Anterior knee pain is a diagnosis of symptoms that can have numerous origins.  The healthcare professional will determine the main cause and treat it aggressively along with treating the symptoms to help resolve them.  The main cause or the “real” problem needs to be addressed in order to eliminate the symptoms and prevent their return. In most cases, the problem lies in excessive movement of the knee in the frontal plane.  If you split the body in half the front of the body will correlate with the frontal plane.  All too often the knee joint does not remain in a relatively straight line when someone is landing forcefully when they run, jump or when they are changing positions quickly (cutting).

The anterior knee joint pain usually occurs following an accumulation of events that produce excessive motion.  The patella might not remain in the groove as it “tracks” up and down with knee flexion and extension or the distal ITBand might rub excessively on a bony prominence within the knee when the excessive motion occurs.  In both instances the femur internally rotates too much and the knee joint moves excessively into valgus (knock knee position).  Eventually, the excessive frontal plane motion will lead to abnormal movement in the knee joint and pain.

Physical Therapists who specialize in the treatment of musculoskeletal injuries are the best healthcare professionals to address the problem of excessive frontal plane knee motion. They will prescribe an exercise routine that will develop enough strength in the muscles of the lower extremities that will be adequate to control the femur and knee joint and eliminate the excessive frontal plane motion.

Currently, the standard treatment protocols include a host of exercise that are designed to strength primarily the hip abductor and external rotation musculature.  A recent study tried to explain the ambiguous results that have been reported with many previous studies that have tested the strength of these muscles. In most cases, the studies test the hip musculature in a way that is not functional.  The studies included strength measurements of these muscles when they were contracting forcefully but the joint did not move (isometrically). 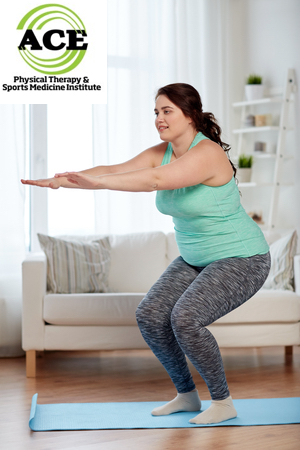 Recent research has led to the discovery of increased control of the lower extremity resulting from a forceful contraction of the gluteus maximus or buttock.     This muscle is the largest muscle in the body and if trained properly, it can generate a tremendous force on the lower extremity.  The muscle is more forceful and applies more control to the femur when the hip is flexed.  This flexion (approximately 30 degrees) is a common position of the joint when someone is participating in a weight bearing sport.  This position leads to a decrease in force out-put of the abductor and external rotators of the involved lower extremity and less control of that leg in the frontal plane.  When people were trained to strengthen the gluteus maximus by performing “explosive” type exercises (i.e. lunges, squats, kneeling hip thrusts, standing straight leg hip extension), they were significantly more capable of controlling their legs in the frontal plane which in theory will decrease the incident of anterior knee pain.

Anterior knee pain is one of the most common ailments that is treated by Physical Therapists in the out-patient orthopaedic setting.  Seeking treatment from these professionals is easy and does not require a visit or prescription from your doctor. These professionals will prescribe a series of exercises that will strengthen the core and hips as part of a program that is designed to develop enough strength to control the amount of knee motion in the frontal plane.